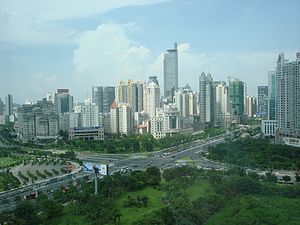 Guangxi is a provincial-level autonomous region of the People's Republic of China where mostly Zhuang people live.

It is near Vietnam and has many mountains. It is one of the border frontiers of Chinese civilization. Even in the 20th century it was considered an open, wild territory. The current name "Guang" itself means "expanse", and has been associated with the region since the creation of Guang Prefecture in 226 AD. It was given provincial level status during the Yuan Dynasty and in 1949 was reformed as one of China's five autonomous regions.