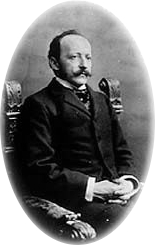 The Hôtel Ritz is a grand hotel in the heart of Paris in the Place Vendôme. The hotel is ranked highly among the most prestigious and luxurious hotels in the world and is a member of "The Leading Hotels of the World".

The hotel, which has 159 rooms,[1] was founded by the Swiss hotelier, César Ritz, in collaboration with the chef Auguste Escoffier in 1898. The new hotel was constructed behind the façade of an 18th-century town house, overlooking one of Paris's central squares.

It was one of the first hotels in Europe to provide a bathroom en suite,[2] a telephone and electricity for each room. It established a reputation for luxury, with clients including royalty, politicians, writers, film stars and singers. Several of its suites are named in honour of famous guests of the hotel, including Coco Chanel and Ernest Hemingway who lived at the hotel for years. One of the bars of the hotel, Bar Hemingway, is devoted to Hemingway.

The L'Espadon is a world-renowned restaurant, attracts aspiring chefs from all over the world who come to learn at the nearby Ritz-Escoffier School. The cuisine was by the award-winning chef Michel Roth, the ninth head chef of the hotel; the restaurant was awarded a second star by the 2009 edition of the influential Michelin Red Guide.[4]

During the Second World War, the hotel was taken over by the occupying Germans as the local headquarters of the Luftwaffe. After the death of Ritz's son Charles, in 1976, the last members of the Ritz family to own the hotel sold it in 1979 to the Egyptian businessman Mohamed Al-Fayed. In August 1997, Diana, Princess of Wales and Al-Fayed's son, Dodi, dined in the hotel's Imperial Suite before their fatal car crash.

The hotel is being entirely renovated. It has been closed since 1 August 2012 and will open its doors in July 2014. Because of its status as a symbol of high society and luxury, the hotel has featured in many novels (F. Scott Fitzgerald's Tender Is The Night and Hemingway's The Sun Also Rises), a play (Noël Coward's play Semi-Monde), and films (Billy Wilder's 1957 comedy Love in the Afternoon and William Wyler's 1966 comedy How to Steal a Million).