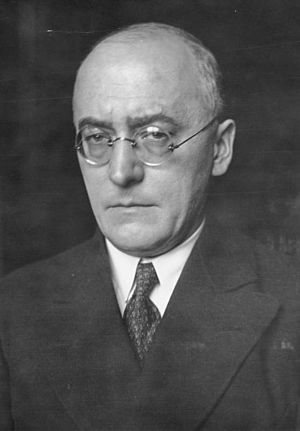 Heinrich Aloysius Maria Elisabeth Brüning (26 November 1885 in Münster – 30 March 1970 in Norwich, Vermont) was a German politician during the Weimar Republic. Between 1930 and 1932 he was the Chancellor of Germany.

Brüning opposed Nazism and stayed during the Nazi period in the United States, where he taught political science, after the war also in Germany.