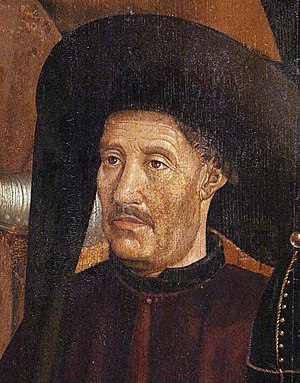 Prince Henry the Navigator (1394–1460) was a prince from Portugal. He was called Infante Dom Henrique in Portuguese. He was never a navigator himself. He got his name because he organized many ocean voyages on which lands were found.[1] He is seen as the man who started the Age of Discovery. He is also known for opening a navigation school in Portugal, so tools and ships could be made better. Henry the Navigator also discovered the first shipping routes directly from Europe to Asia for the Portuguese monarchy.