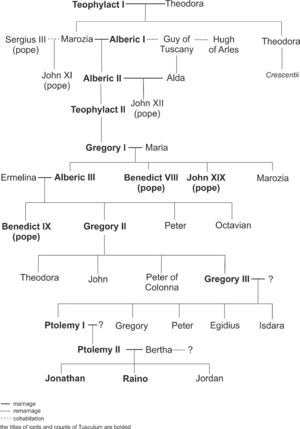 Family tree of lords and counts of Tusculum

This list is partially incomplete in the 10th century. The chronology and dates are often uncertain. They were only counts from about 1013. Before this, they were lords.

Those who were also counts are listed in boldface.

Two of the Tusculum clerics are today known as antipopes:[7]