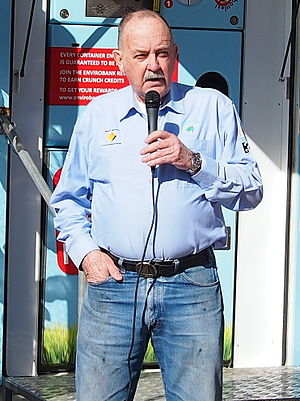 Ian Bruce Carrick Kiernan (4 October 1940 – 16 October 2018) was an Australian yachtsman and environmental campaigner. He was born in Sydney. Kiernan was known for organising the Clean Up Australia campaign, and in 1993 a similar Clean Up the World operation. It had 30 million volunteers partake from 80 countries.

Kiernan's environmental work was awarded in 1991 when the Australian Government gave him the Medal of the Order of Australia (OAM).[1] He was named Australian of the Year in 1994.[2]