The Irgun (Hebrew: ארגון), (full title: Irgun Zevai Leumi) (from Hebrew: הארגון הצבאי הלאומי בארץ ישראל, "The National Military Organization in the Land of Israel"), was a Zionist paramilitary group in Palestine between 1931 and 1948.[1] 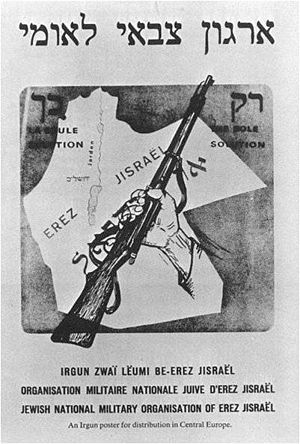 Irgun is best known for the bombing of the King David Hotel in Jerusalem in 1946.[1]

In the 1940s, Irgun was labelled as a terrorist organization.[1]