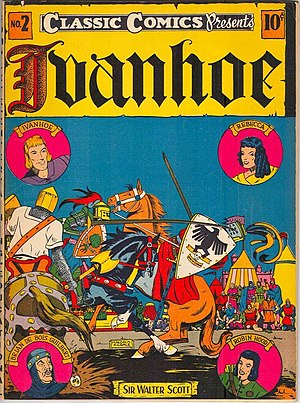 Ivanhoe in a comic version

Ivanhoe is a historical romantic novel set around the reign of Richard I of England. It was written by Scottish author Walter Scott. It was first printed in 1820. A 1952 movie version of the story starred Robert Taylor, Elizabeth Taylor, and Joan Fontaine.