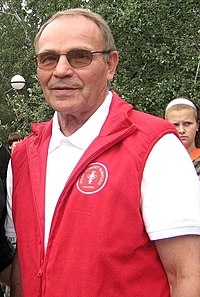 Grudzień was born in Piasek Wielki, Poland. He won two medals at the Olympic Games: gold in the Lightweight division at Tokyo 1964 [1] and silver at Mexico City 1968. He also twice won medals at the European Amateur Boxing Championships, silver at East Berlin 1965 and gold at Rome 1967.[2]

He was the winner of the Aleksander Reksza Boxing Award 1991.[3]