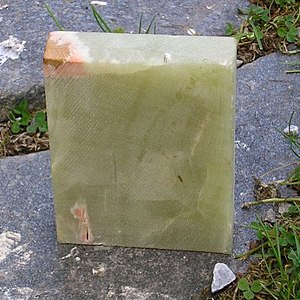 The two sorts of jade look nearly the same. People only found that they were two different sorts in 1863. Jade is very hard. In the past, Chinese people and the Moaris used it to make knives and weapons. Later, when people could use metals, they liked jade because it looked nice and they thought it had special powers. Today people also use jade for jewelry.

Jade was found about 7000 years ago. The Chinese later made jewelry out of it. Only the rich could have jade because it was so rare and expensive. It was said that jade had healing powers and it was regarded as very lucky.