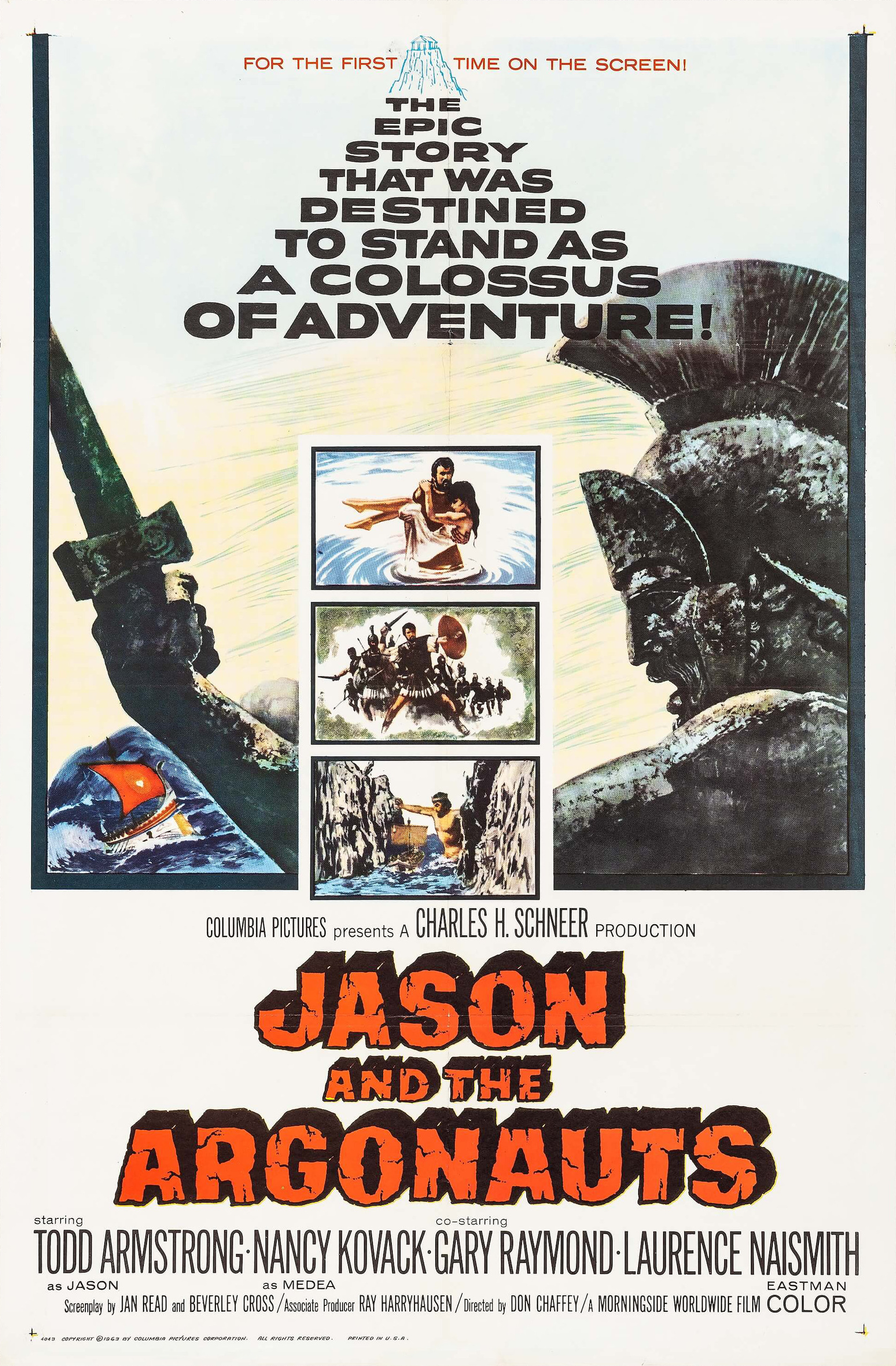 Poster for Jason and the Argounauts.

Jason and the Argonauts is a 1963 movie. It stars Todd Armstrong as Jason. The movie is about the quest for the Golden Fleece. It was directed by Don Chaffey. The special effects were the creation of stop-motion animation expert Ray Harryhausen. The movie is famous for its monsters and the battle with the skeletons. Hercules is another movie on the Golden Fleece theme that was made about the same time. It stars legendary bodybuilder Steve Reeves.