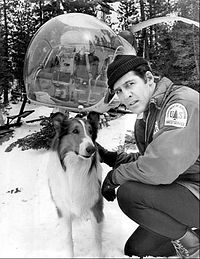 This short article about an actor or group of actors from the United States can be made longer. You can help Wikipedia by adding to it.