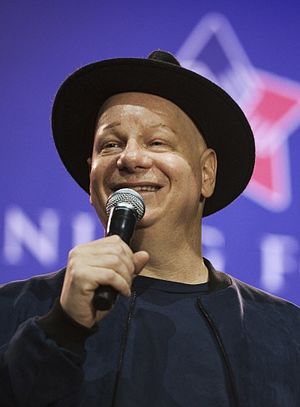 Jeffrey Ross Lifschultz (born September 13, 1965), better known as Jeff Ross, is an American stand-up comedian, actor and author. He is known for his insult-style of comedy, leading to his nickname "The Roastmaster General". He has had many appearances on Comedy Central's roast specials, aiming insults and jokes at celebrities. He has acted in television series such as Where My Dogs At?, CSI: Crime Scene Investigation, Six Feet Under and Weeds. Ross was also a competitor on the seventh season of Dancing with the Stars where he danced with Edyta Śliwińska. They were the first ones eliminated.

Ross was born in Springfield, New Jersey to a Jewish family. He is a Democrat.[1]