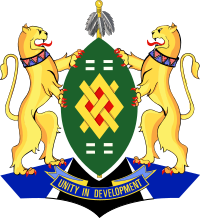 Johannesburg is the largest city in South Africa. It is the capital of the Gauteng Province. It was founded on October 4, 1886 and has the JSE Securities Exchange, which is the largest stock exchange in Africa.

Johannesburg houses the tallest office block in Africa, the Carlton Centre (50 stories) and the tallest tower, the Hillbrow Tower (270 metres, or 90 stories). The city is nicknamed Egoli or Jozi, which means "place of gold", for the large gold deposit at Witwatersrand.

The Johannesburg Zoo was established in 1904, and historically, it has been owned and run by the city of Johannesburg. It houses the only two polar bears in Africa. Johannesburg is not seen as a tourist centre in South Africa, but rather as a commercial centre.

Johannesburg has a subtropical highland climate (Cwb in the Koeppen climate classification).