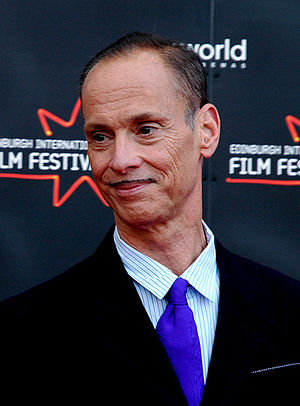 John Waters (born April 22, 1946 in Baltimore, Maryland)[1] is an American writer, stand up comedian and movie maker. He first became famous during the 1970s. He is the director of many movies. These include Hairspray, Serial Mom, Sixteen Candles and Pretty in Pink. Waters has written books. In 1986 Crackpot: The Obsessions of John Waters was published. Waters has acted in several movies. He did the voice of a gay man called "John" in an episode of The Simpsons called "Homer's Phobia".