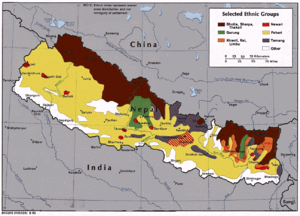 Khas people (Nepali: खस जाति) are people of Indo-Aryan ethno-linguistic group. They are indigenous native speakers of Nepali language (Khas Kura; translit.Khas speech) which is an Indo-Aryan language. Khas people have been referred as Parbatiya and Pahari or Gorkhali. Khas are most dominant faction in Nepal. They are around 31% of Nepal but nearly two thirds of government officials. The word “Khas” is little used in modern times. Khas peoples call themselves by their group names such as Bahun, Kshetri, Sanyasi/Sannesi, Kami, Damai, etc. 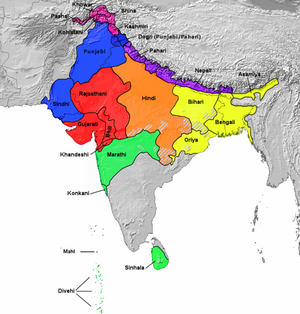