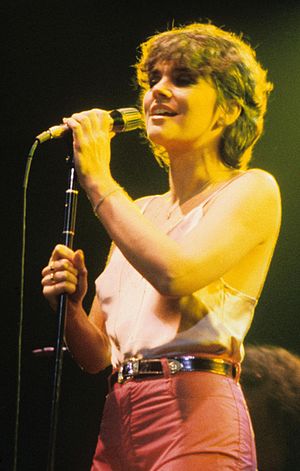 Linda Ronstadt (born July 15, 1946) is an American retired singer. She was born in Tucson, Arizona. She has won ten Grammy Awards[1] and many other awards.[2]

Ronstadt has never married. She has an adopted daughter and adopted son. She has been diagnosed with Parkinson's disease. Her autobiography is due to be published in September 2013.[3]