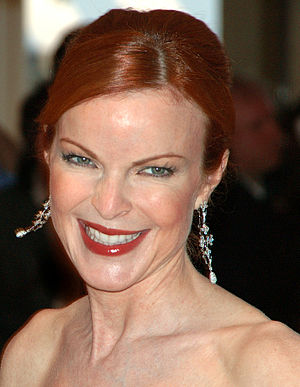 Marcia Anne Cross (born March 25, 1962 in Marlborough, Massachusetts) is an Emmy and Golden Globe Award-nominated American actress. She graduated from Juilliard and earned a master's degree in psychology at Antioch University in Los Angeles. In 2005, she was nominated for her first Emmy for her work as Bree Hodge, the "perfect" Housewife on Desperate Housewives. In December 2006, Cross earned her third consecutive nomination for the Golden Globe for Best Actress in a Comedy Series with the series.