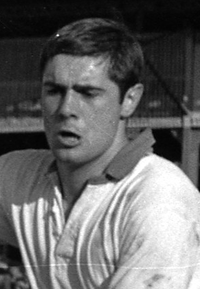 Michel Sitjar (13 September 1942 – 10 June 2019) was a French rugby union player. He played as a flanker. He played 13 matches for the France national team between 1964 and 1967. He also played club rugby for Sporting Union Agenais and also rugby league team XIII Catalan. He was born in Castelsagrat.