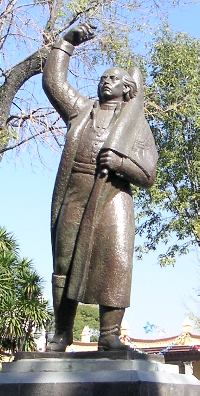 Hidalgo started a great revolt against Spain in 1810. After a few months he was taken prisoner and executed by firing squad. After he died, several other people, such as Vicente Guerrero, kept fighting against the Spanish until 1821, when Mexico became an independent country. Hidalgo is remembered today as a great liberator in Mexico.

The Mexican state of Hidalgo is named after him.