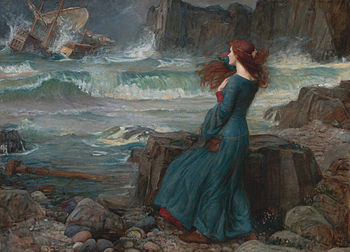 Miranda and the Tempest (1916) by John William Waterhouse

In Shakespeare's play The Tempest, Miranda is the beautiful daughter of the old Duke Prospero.

Miranda is a naive 15 year old girl. She and her Father were cast away by her uncle Antonio who wanted the throne and has been on a deserted island since she was 3. Her father Prospero sends Ariel, his spirit servant, to fetch Ferdinand and arranges things so that the two will come to love one another. 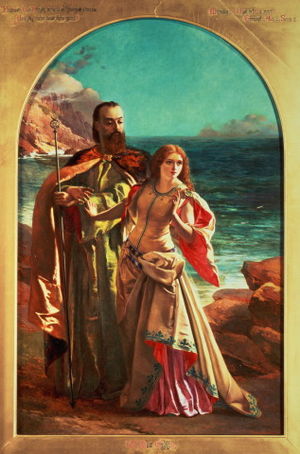