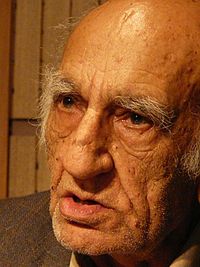 Mohammad Ebrahim Bastani Parizi (12 December 1924 – 25 March 2014) was an Iranian historian and writer. He wrote over fifty non-fiction books. Most popular reads on topics such as the history of Iran. He was born in Kerman.