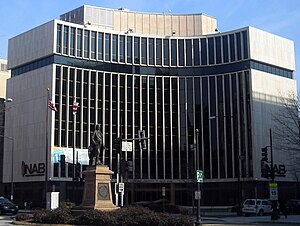 As of 2015, the president and CEO of the NAB is Gordon Smith, a former United States Senator from Oregon.[1]

The NAB was founded as the National Association of Radio Broadcasters (NARB) in April 1923 at the Drake Hotel in Chicago.