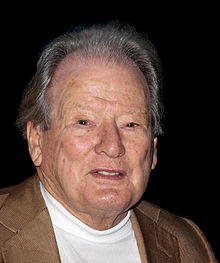 Marriner was born in Lincoln, England, and studied at the Royal College of Music and the Paris Conservatoire.