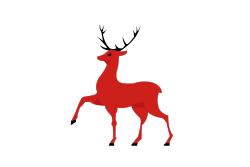 Nizhny Novgorod (Russian:Ни́жний Но́вгород, often shortened to Nizhny) is the fourth largest city in Russia. The first three are Moscow, St. Petersburg, and Novosibirsk. Nizhny Novgorod had a population of 1,311,252 in 2002, and one of 1,438,133 in 1989. It is the economic and cultural center of the vast Volga-Vyatka economic region, and also the administrative center of Nizhny Novgorod Oblast and Volga Federal District.