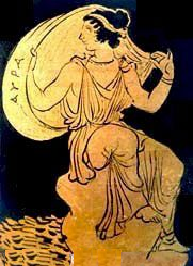 A nymph is a kind of female nature entity/spirit in Greek mythology. They are often companions of Greek gods and goddesses. Nymphs can be divided into different kinds, such as: