A passerine is a bird of the order Passeriformes, which includes more than half of all bird species. They are songbirds which can perch.[1] Most of them are small in size, and most can sing very well.

The passerines have a number of adaptations which, taken together, have made them highly successful, with many species round the world.

Evidence on their evolution comes from comparative anatomy, the fossil record and molecular biology. It is thought that the first passerines evolved in the southern continent of Gondwana in the Palaeogene, maybe around the Upper Palaeocene some 60–55 mya.[4][5]

The early fossil record is poor because the first Passeriformes were on the small side, and their delicate bones did not preserve well. Two specimens from Queensland, Australia are fossil bone fragments clearly recognizable as passeriform. They are two species of about 10 and 20 cm in overall length. This proves that some 55 mya, barely into the early Eocene, early perching birds were recognizably distinct.[6] It also suggests that the origin of this great order of birds was in the southern continent. 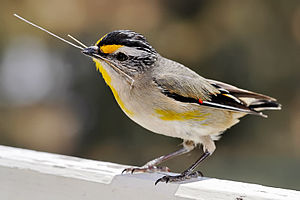 The Hawaiian Crow or ʻalala (Corvus hawaiiensis) is nearly extinct. 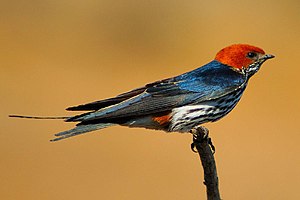 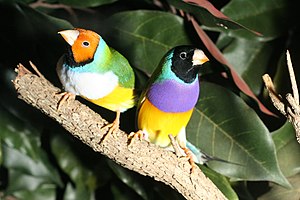