The Petén department was formed by the Guatemalan government on 8 May 1866. 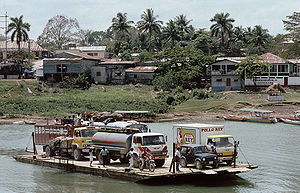 The Petén department is bordered on the east by Belize and by Mexico on the north and west. To the south it borders the Guatemalan departments of Alta Verapaz and Izabal. Much of the western border with Mexico is formed by the Usumacinta River and its tributary the Salinas River. Parts of the southern border of the department are formed by the rivers Gracias a Dios and Santa Isabel.

The main bodies of water in the department are the lakes Petén Itzá, Peténchel, Quexil, Salpetén and Macanche in the centre of the department; Yaxhá and Sacnab in the east, Petexbatún in the southwest, and Perdida, Larga, La Gloria, San Diego, Mendoza, El Repasto and Lacandón in the west.