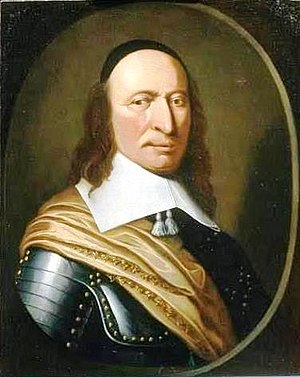 Peter Stuyvesant (c. 1612 – August 1672), served as the last Dutch Director-General of the colony New Netherland (known today as New York City) from 1647 to 1664, when the English took control of the island. [1] He was born in Peperga. He is a major figure in the early history of New York City. In Brooklyn, there are neighborhoods and streets named after him, such as named after him called Stuyvesant Heights and Bedford-Stuyvesant (often shortened to Bedstuy).