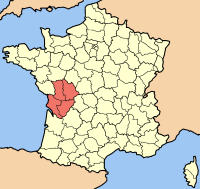 Poitou-Charentes is in red 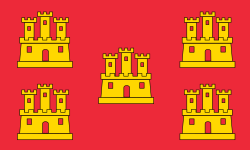 The departments in the region were Charente, Charente-Maritime, Deux-Sèvres and Vienne.

The region is well known for making wines. It is better known for its spirits, such as Cognac and Pineau. There is also some tourism and a little agriculture.