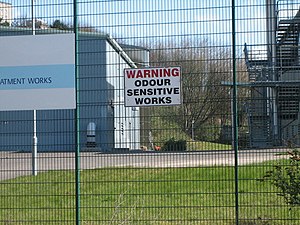 Political correctness (or PC for short) means using words or behavior which will not offend any group of people. Most people think it is important for everyone to be treated equally, fairly and with dignity. Some words have been used for a long time that are unkind to some people. Sometimes these words have now been replaced by other words that are not offensive. Such words are described as politically correct. The term is often used in a mocking sense when attempts at avoiding offense are seen to go too far.

This term has been used since the early 1970s. It started being used in the modern negative sense in the late 80s in America.

Politically correct words or terms are used to show differences between people or groups in a non-offensive way. This difference may be because of race, gender, beliefs, religion, sexual orientation, or because they have a mental or physical disability, or any difference from what is considered the norm.

Throughout the 20th century women fought to have the same rights as men. In PC language this is seen in changes to job titles such as "lineman", "postman", and "chairman" which now commonly go by the gender-neutral titles "lineworker", "letter carrier" and "chairperson" or "chair" as well as with terms having broader application, such as "humankind" replacing "mankind".

People who are mentally disabled are now rarely described as "mentally retarded" (sometimes called "M.R.") but may be said to have "special needs". M.R. has been changed to I.D.; Intellectual Disabilities.

People who are blind or deaf may be referred to as "vision impaired" and "hearing impaired". People who cannot speak are never "dumb" but "mute" or "without speech".

The overall terms 'handicapped' and 'disabled' are no longer considered appropriate (there is no distinction between physical or mental, acquired or inborn.) The people first/pc term is 'challenged'. This term better reflects the fact they are different, rather than less.

Some of the new politically correct words are often criticized for being rather ridiculous. Some examples of these are the terms ending in challenged. For example, someone who is very short might be described as "vertically challenged". People also say that things that are obviously bad are called by something else which hides the fact that they are bad. For example, young people who are in trouble with the law, instead of being called "juvenile delinquents" became "children at risk". Some PC terms may be ambiguous i.e. have two possible meanings. "hearing impaired" can also refer to someone who has partial hearing (hard of hearing) and "vision impaired" can also refer to someone who has partial vision.