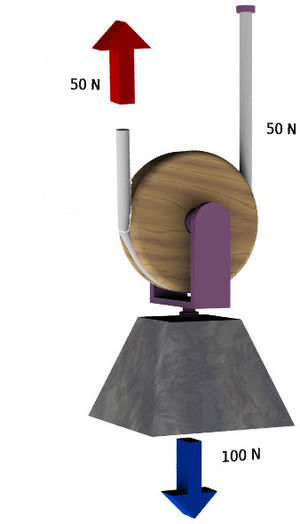 A pulley is a simple machine that is used to lift heavy objects. Block and tackle system is a modified form of a pulley. Pulleys are usually used in sets designed to make the amount of force needed to lift something smaller.

Pulleys are useful in construction sites.