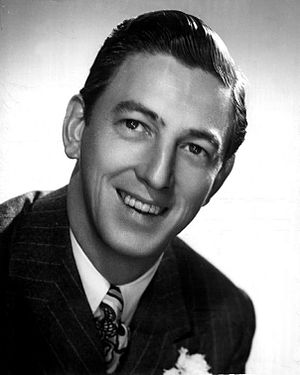 Raymond Wallace Bolger (January 10, 1904 – January 15, 1987) was an American singer, dancer, and actor. He was born in Boston. His theatrical career started in vaudeville. He appeared in Broadway shows. He went to Hollywood. He appeared in several movies. He played the Scarecrow in the 1939 MGM movie The Wizard of Oz. He married Gwen Rickard in 1929. Bolger died of bladder cancer in Los Angeles, California, aged 83.[1]