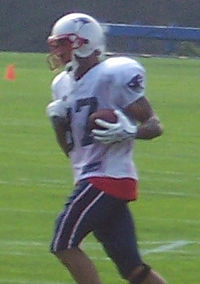 Caldwell was a wide receiver in the National Football League (NFL) for six seasons in the 2000s. Caldwell played college football for the Florida Gators. He played professionally for the San Diego Chargers, New England Patriots and Washington Redskins of the NFL.