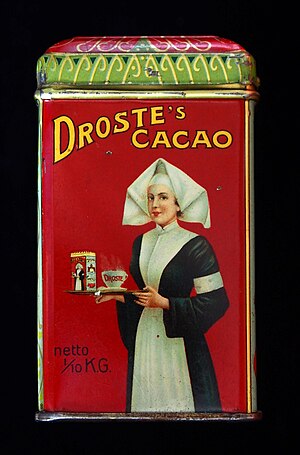 A visual form of recursion is the Droste effect. It leads to self-similar images.

Recursion is a word from mathematics and computer science. It is used to define a thing, such as a function or a set. A recursive definition uses the thing it is defining as part of the definition.

When a function refers to itself, it often uses a smaller input than the input it was given. In this way, it can solve a problem by first solving a simpler version of the problem.

An example of a recursive function [math]f(n)[/math] is:

Recursion can be used to write computer programs. A program that uses recursion may be easier to write and understand than a program that does the same thing without recursion.

Recursion is used in mathematics to prove theorems. This method is called induction.

The idea of recursion can be seen in art and language. For example: