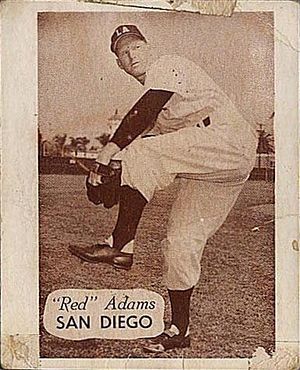 Charles Dwight "Red" Adams (October 7, 1921 – January 18, 2017) was an American professional baseball player, scout and pitching coach. He played as a pitcher. He was best known for playing for the Los Angeles Angels and later being a scout for the Los Angeles Dodgers. He also played for the Chicago Cubs of the Major League Baseball (MLB) in 1946. He was born in Parlier, California.