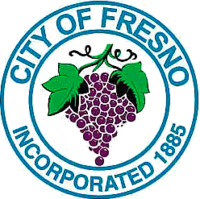 Fresno is the closest major city to Yosemite National Park. Fresno has a major airport called Fresno Yosemite International Airport that has many flights by many airlines everyday. It was the first airport to use the new security systems made after the September 11, 2001 attacks.

Fresno has a semi-arid climate (Bsh in the Koeppen climate classification).