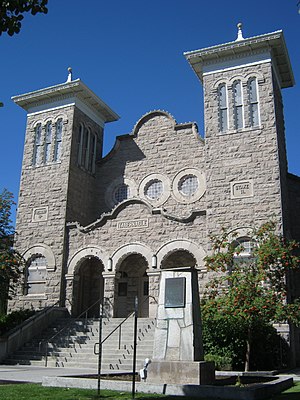 Rexburg is a city in Idaho in the United States. It is the county seat of Madison County.[1] There were 28650 people living in Rexburg in 2009.[2] Brigham Young University-Idaho, is based in the city.[1] The town was settled in 1883 by a group of young Mormon men who had been sent into the Upper Snake River Valley.[3] They were looking for places to start Mormon communities. The town was first called Ricksburg, after one of the men, Thomas E. Rick, but later changed to his original German family name of Rex.[3]