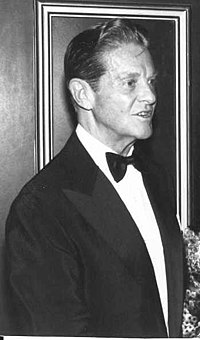 Charles Clarence Robert Orville Cummings (June 9, 1910 – December 2, 1990) was an American television and movie actor. He starred in many television programs and lots of movies in the 1940s and 1950s. He was born in Joplin, Missouri.

On December 2, 1990, Cummings died of kidney failure and complications from pneumonia. He died at the Motion Picture & Television Country House and Hospital in Woodland Hills, California.[1]