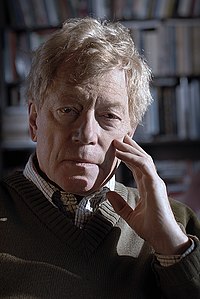 He was a regular contributor to the popular media, including The Times, The Spectator, and the New Statesman.

Scruton was born in Buslingthorpe, Lincolnshire, England. He studied at Jesus College, Cambridge. He lived in Brinkworth, Wiltshire, England.