The large majority of people who get lung cancer have smoked for many years. However, there are types of lung cancers that appear in otherwise healthy patients who have never smoked. 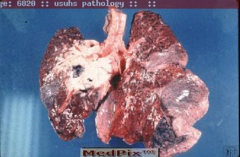 The white mass in the lung on left is a bronchogenic carcinoma, the leading cause of cancer deaths in both men and women in industrialized nations. 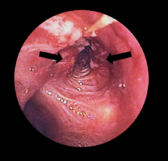 Lung cancer in the left bronchus as seen with a bronchoscope. 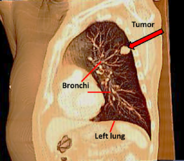