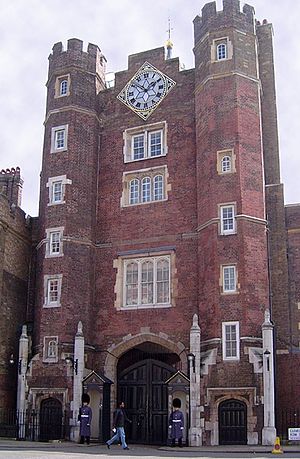 Saint James's Palace is a royal palace in the City of Westminster, in London. It is between Pall Mall and The Mall, two streets in Central London, and opposite St James's Park. It is a working royal palace, and it is not open to the public. It was the most important home of the British royal family until Queen Victoria moved to Buckingham Palace in 1837.

Henry VIII built the palace in the early 1530s. Charles I spent his last night here before his execution in 1649.