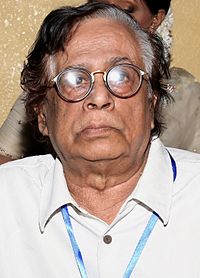 Khalid has also worked on paintings.[2][3]He was awarded Ekushey Padak by the Government of Bangladesh in 2017.[4]

Khalid has exhibited solo three times since and he was awarded first prize in the Second National Sculpture Exhibition organized by the Bangladesh Shilpakala Academy in 1983. At various times he was nominated Judge by Bangladesh Shilpakala Academy for national level exhibitions. He was a Professor at the Sculpture Department, Institute of Fine Arts, University of Dhaka until his death.

Khalid died on 20 May 2017 at a hospital in Dhaka from complications of chronic obstructive pulmonary disease at the age of 75.[5]