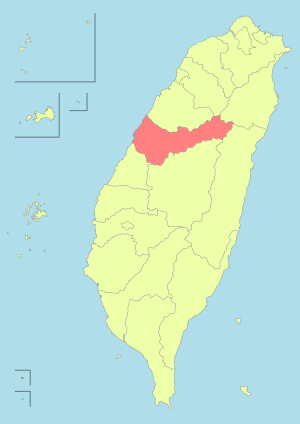 Taichung City (Chinese: 臺中市 or 台中市; POJ: Tâi-tiong) is a city in west-central Taiwan with a population of over 2.7million people, making it the second largest city on the island. The city's name is Chinese for "Central Taiwan." The average temperature of Taichung city is about 23°C, and average rainfall is about 1.7 m per year.