The King of Kings 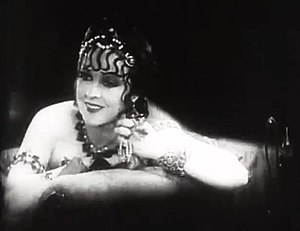 The King of Kings is a 1927 silent movie. It was directed by Cecil B. DeMille. It is a religious movie about the last weeks of Jesus before his crucifixion. H. B. Warner starred as Jesus. One of the last sequences of the movie, the Resurrection, is in Technicolor. A giant gate built for this movie was later used in King Kong in 1933. The same gate was one of the sets torched for the "burning of Atlanta" scene in 1939 in Gone with the Wind. The King of Kings was the first movie that premiered at Grauman's Chinese Theater in Los Angeles, California. The date was May 18, 1927.