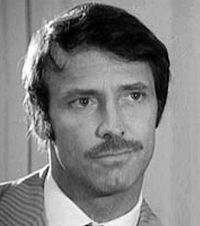 Thomas Gregory "Tom" Hunter (December 19, 1932 – December 27, 2017) was an American actor and screenwriter. He was born in Savannah, Georgia. He was known for work in foreign Spaghetti Westerns.

Hunter began his movie carerr in a small role in Blake Edwards' What Did You Do in the War, Daddy? (1966). He was the star of Dino De Laurentiis's produced The Hills Run Red leading him to a career in European cinema with guest appearances in American television series.

Hunter was also the founder of the New England Repertory Company.[1] He wrote the screenplays for The 'Human' Factor (1975) and The Final Countdown (1980).