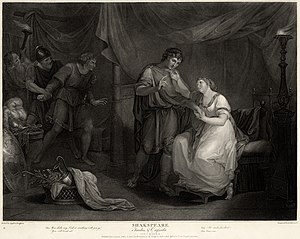 Troilus and Cressida is a play by William Shakespeare. It is a tragedy. Shakespeare's sources were probably Greek mythology, and also the works of Homer and Geoffrey Chaucer. The first known performance was on 7 February 1604. The first known printing of the play dates to 1609. The play is about the Trojan War and two lovers, Troilus and Cressida.