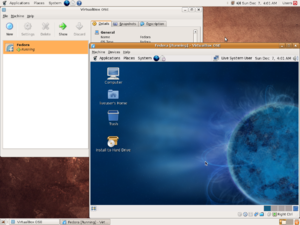 Virtualization (or Virtualisation) is a word used in computing. Virtualization means that the users (programs, or real people) only see an abstraction of a computer resource. Virtualization can be done in software, or with hardware.