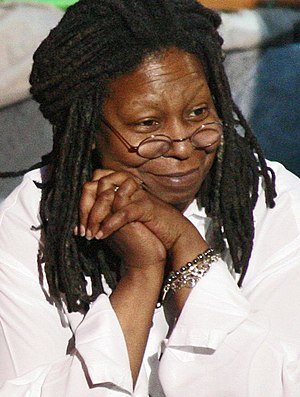 Whoopi Goldberg (born Caryn Elaine Johnson; November 13, 1955 in New York City, New York) is an American actress, comedienne, and talk show host. She made her movie debut in the 1985 period drama movie, The Color Purple for which she won a Golden Globe Award. Goldberg was partners with Frank Langella from 1996 until they separated in 2001. She is currently a co-host on the ABC talk show The View.