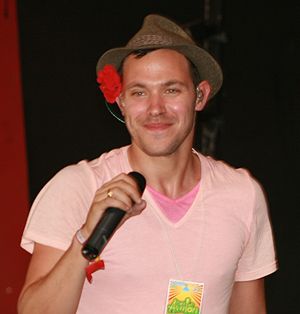 Will Young (born 20 January 1979) is an English singer and actor. He was born in Berkshire.

He became famous in 2002 when he won the British singing competition, Pop Idol.[1] Since then, he has had a successful music career.

Young has released three albums so far and has had four number one singles in the United Kingdom. He acted in the film Mrs. Henderson Presents.[2]